We have been asked a number of times about the Map References quoted, the answer is the sytem used was the War Office Cassini Grid which was introduced in 1927. It was used by the Army and RAF throughout the second world war:

As you will have noticed the actual map references only use one letter this is we believe because all of the V2’s landed in the area covered by the lowercase ‘w’. 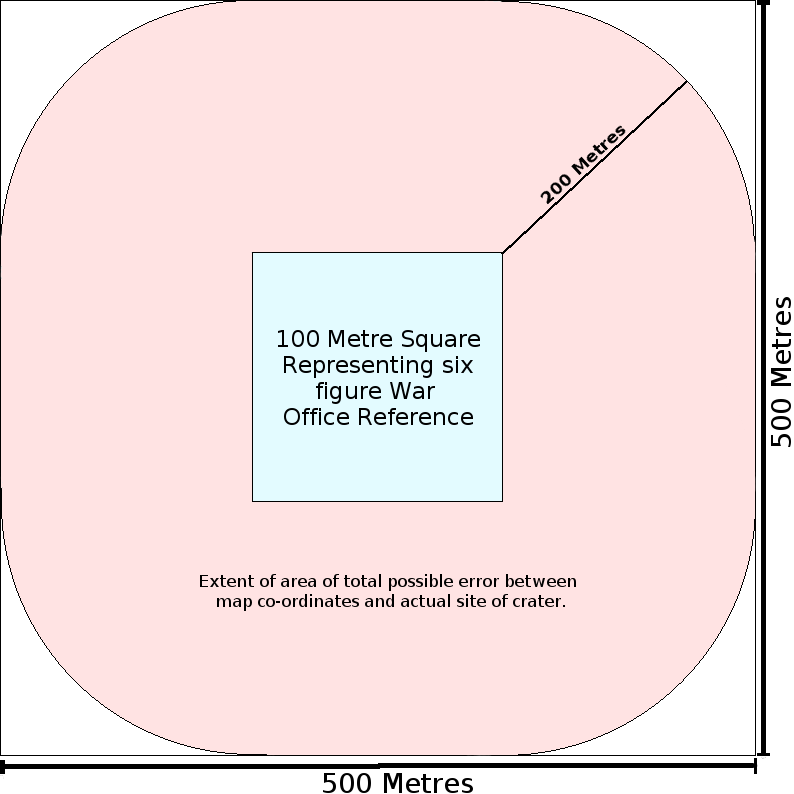 You should also bear in mind when checking the plots on a map that the 6-figure War Office map references represents a 100 metre square and as far as we can tell the best we can hope for is a +- 200 metres accuracy in converting this reference to current co-ordinates that can be entered into Google Maps so it is our guess that the exact position of the original crater would have been some where in the highlighted area represented in the diagram on the left.

This site uses Akismet to reduce spam. Learn how your comment data is processed.